Hey everyone!!
I'm here with another PRR..
I don't know if it's me but these designers are not good at what they do, at all. I can't look at any of these designers and say that I would buy any of their clothes.. I think about the designers in past seasons and can count at least 3-4 good designers in each season that had something special.
Not this Season...
They are really mediocre...

None of their designs just knocked me out, except Kelly and Blake's Episode 3.
This is the only dress that really had me wanting more.. 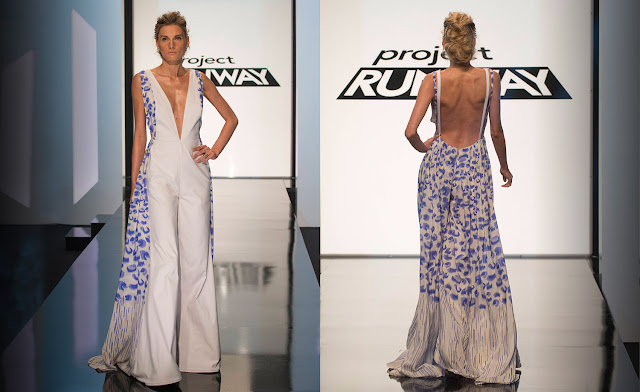 I can give you a list of 7 Seasons of Project Runway and name 3 to 4 really good designers.

Each designer I named had a distinctive style about themselves and they could execute their garments impeccably. I just can't say that about Season 14 group of designers..

We open the episode with designers being summoned to a classroom, where they are greeted by Tim Gunn and Fashion Director of JUSTFAB, Yuchin Mao..
She tells them that JUSTAB has recently expanded beyond accessories and now are moving toward apparel. Well Personally, I just have to say that I LOVE JUSTFAB SHOES.
I own about 4 pair and each and everyone of them are cute and comfortable ass hell. I can actually run in them, NO LIE!!!
Because I have.

I couldn't do the "dazzle" thing, everytime I would get the shoe. They would fit funny and I would feel awkward in them.. 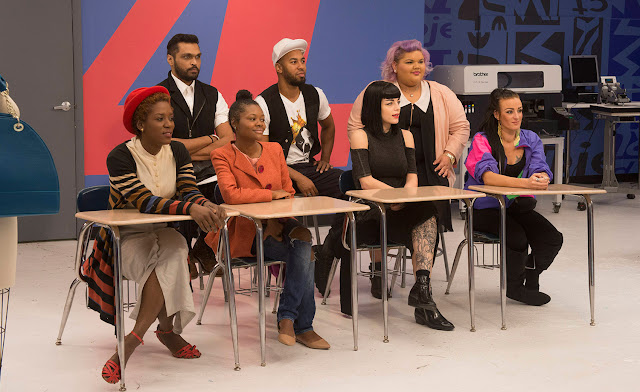 Tim goes on to say the JUSTFAB has 5 Categories of Style Members Personas.

The designers had to create a RTW look to be reproduced and sold on JUSTFAB website using the personas and Candice was first to pick and assigned everyone else their personas. I must say that she wasn't mean or anything, she actually did a good job at assigning the designers their personas.
No Mean Girls In This Episode... 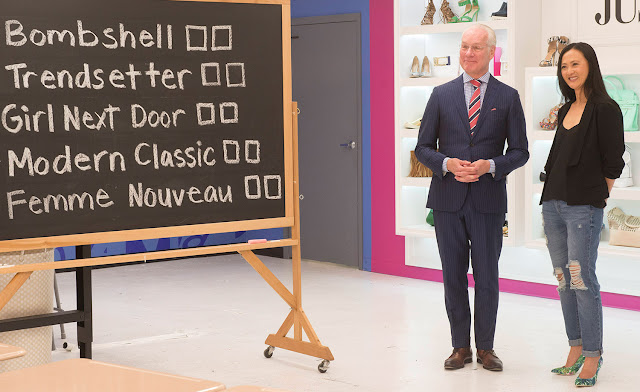 Later on in the challenge Tim comes in and tells them they have to create a Logo/Brand for the outfit and put it on a print T-Shirt.

Kelly's outfit was soo Trendy and Fun..
I do understand when Kelly said, shit give me $20 and I'll show what to do with it..
Everyone else was scared because they were given $100 for the challenge.
I really think Kelly knocked it out of the park with this on..
I can see a teen or a cool chic with this on. It's not my taste but I can honest say, I really liked it.. 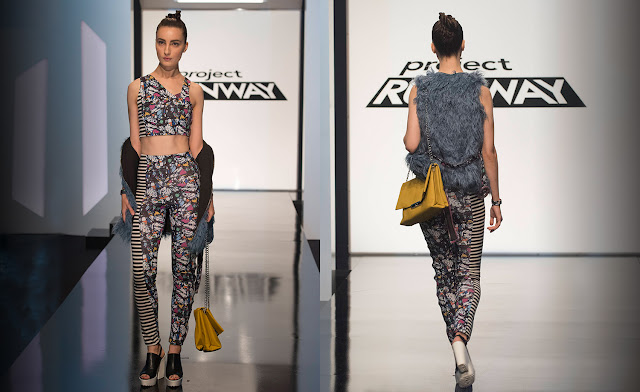 Ashley
I don't understand why you do this to us every episode..
I can make this or go to the store and buy this..
It's not special at all. The only thing I like is the jacket and the back of it at that.
The skirt and shirt looked dirty to me.
Wasn't Cute At All!! 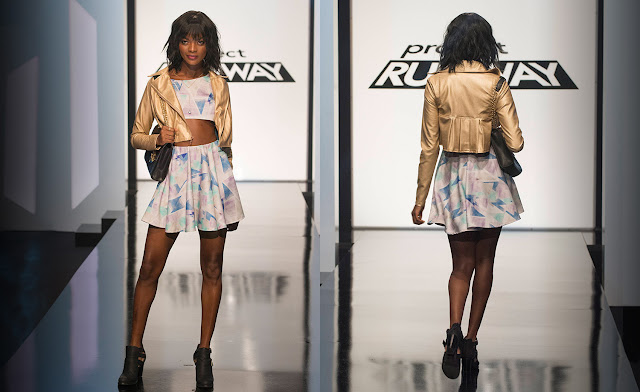 Candice
Was this an updated version of Wednesday on The Addams Family?
NO! NO!
I just don't get it.. What's going on with these designers..
The model's hips looks twice as big than it really is..
Don't get me started on the stripped tie.. 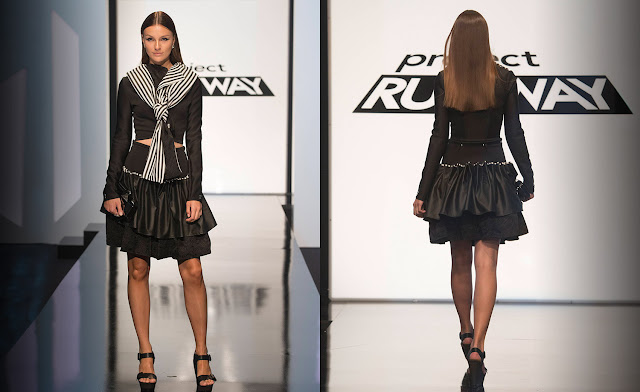 Merline
She has the ability to be a GREAT designer but she gets in her own way. Always over thinking, sweetie calm yourself down and breathe through this. When you really step back and look at it, this is a good design but the execution is sloppy, messy, and too many ideas..
I want YOU, yes I said YOU to look at this dress and tell me if you can see 2 good dresses out of this design. I know I can..
Example of one..
That's all she had to do was take that peplum off and hem the skirt.
She probably would have won, the back and sides are everything with the mesh.
She has too much going on in her head, too many ideas... 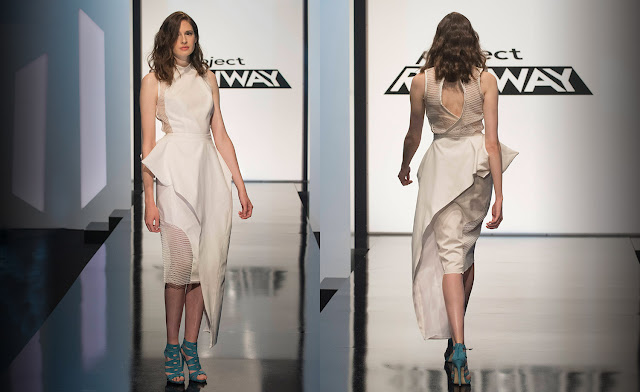 Swapnil
I don't understand what this was. He made his model look cheap and I bet that fabric was $20 a yard and it looked $2 a yard.. I say that all the time, you can't buy class or taste..
What is that earring doing on the butt of her dress and the Snail/Cocoon thing on her back..

Next To Go...
Bombshell 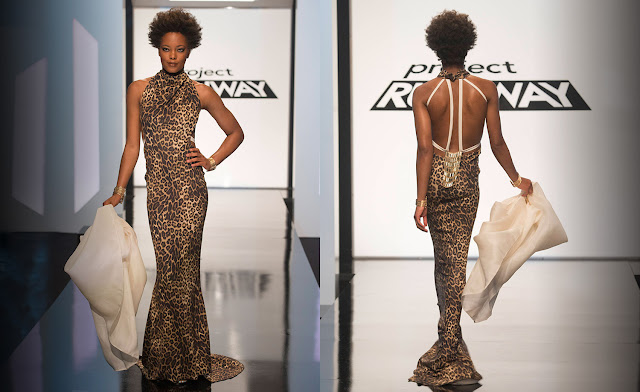 Laurie,
You don't and didn't listen.
Tim talks to you constantly and you never listen and that's why you're anyways at the bottom and now gone.You know everything and no one can tell you anything.
That's it.. 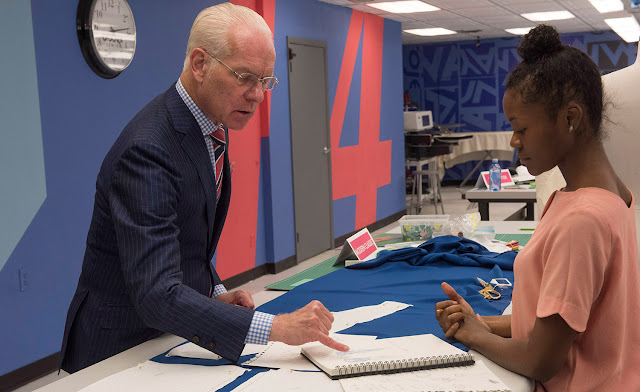 I would only wear the skirt and shoes.
The top looks like a black trash bag..
BORING.. 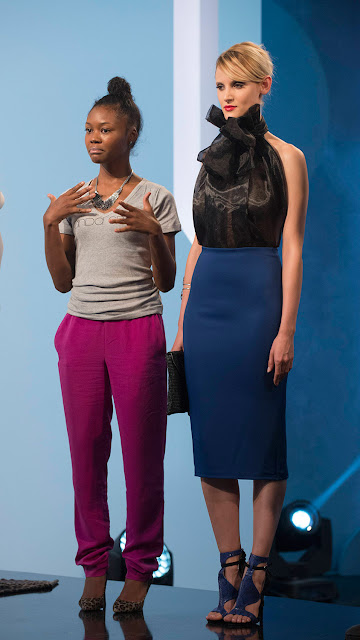 Congrats to Edmond on another WIN!
You see that Edmond listened and took Tim's advice. 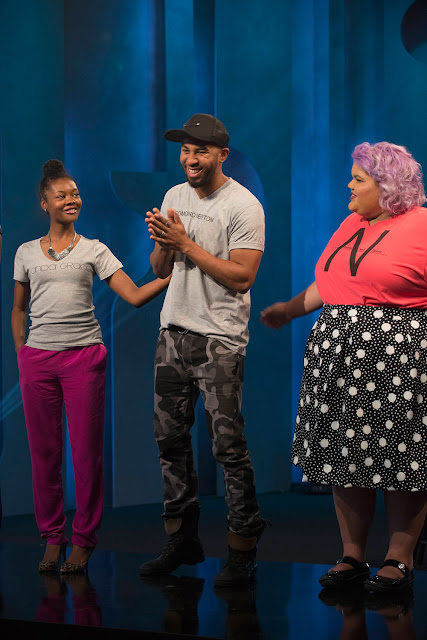 I didn't even like this but that was the only thing that the judges could come up with to win.
Again, I really liked Kelly's but I digress. I won't take the win away from Edmond.. 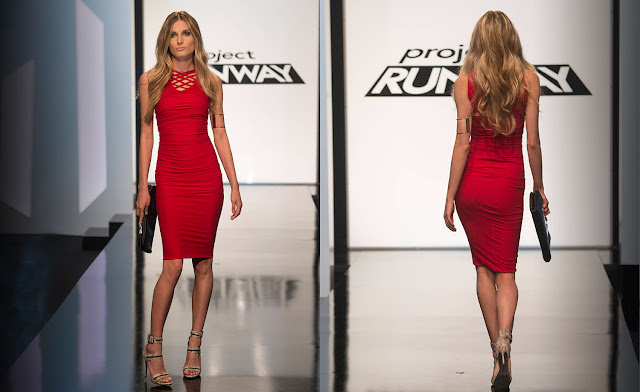